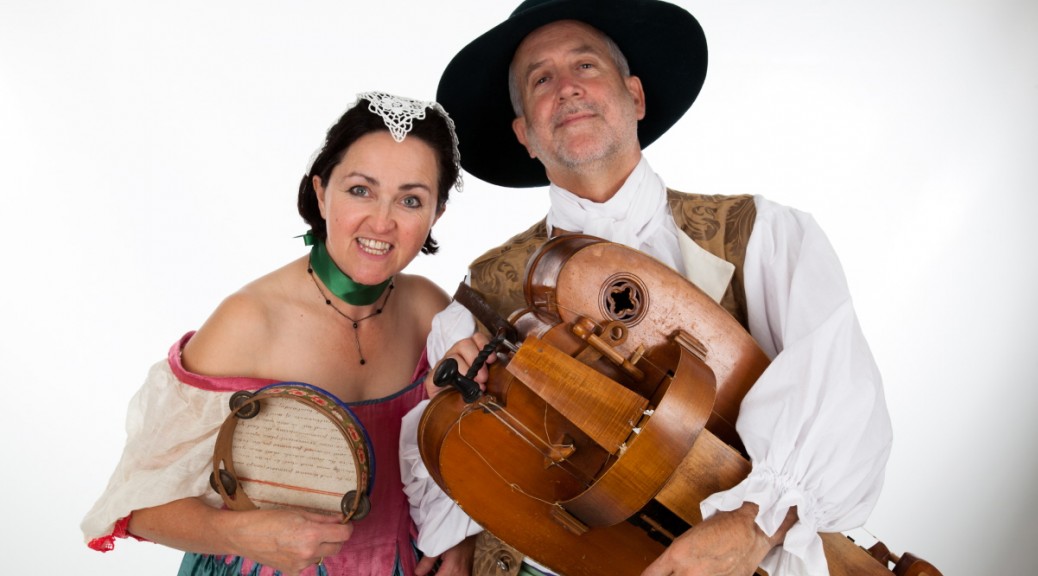 From Bawds to Bards

Sara and Matthew perform a concert of music from Shakespeare’s time, featuring Elizabethan songs and ballads from his plays and popular dance tunes from the court and countryside.

Sara Stowe and Matthew Spring include the earliest settings of Shakespeare’s play songs by Robert Johnson and John Wilson and pieces that Shakespeare mentions in his plays: Packington’s Pound, Sellenger’s Round, Callirhoe, Greensleeves, and Light of Love. Sara and Matthew sing and play on the instruments of the day – lute, hurdy-gurdy, cittern, renaissance guitar, pipe and tabor, harpsichord, recorder and crumhorn.
(This programme is also presented as a School’s Workshop)

Music for an English Outlaw

Sara and Matthew perform ‘Music for an English Outlaw’, a programme of music from the time of Magna Carta 1215-1225.

Their programme includes mythical tales about Robin and Marion in English and Norman French, chivalric songs of the troubadours and trouveres, songs by the minnesinger Neidhart von Reuental and instrumental estampies, played on hurdy-gurdy, citole, keyboard and percussion.

Music from the Time of Boticelli

Sara and Matthew take a look at European music from the time of Boticelli and perform popular pieces from early renaissance Italy including Frottole by Tromboncino; chansons from France, English Lute songs by Campion and Dowland, lute and keyboard fantazias from Spain by Antonio Cabezon, songs by Alonso Mudarra and Cantigas from Portugal.  All programmes are introduced by the artists.